The “ Camarguaise race” was born in the beginning of the century. It’s a game between bulls and “raseteurs” during which, by the art of “raset” mens try to remove a roundel attached between the beast‘s horns. The bull is the real star of the track but in this game it is difficult to know which one have more fun, the man or the animal ! Bulls are brought to the arena by the herdsmen, it’s the “abrivado”.

When the herdsmen bring them back to the fields, it’s the “bandido”. Watch out ! The reckless young people try to make a bull escape ! That’s the game !!
Come to party in one of the villages from the neighborhood, you will understand everything !! 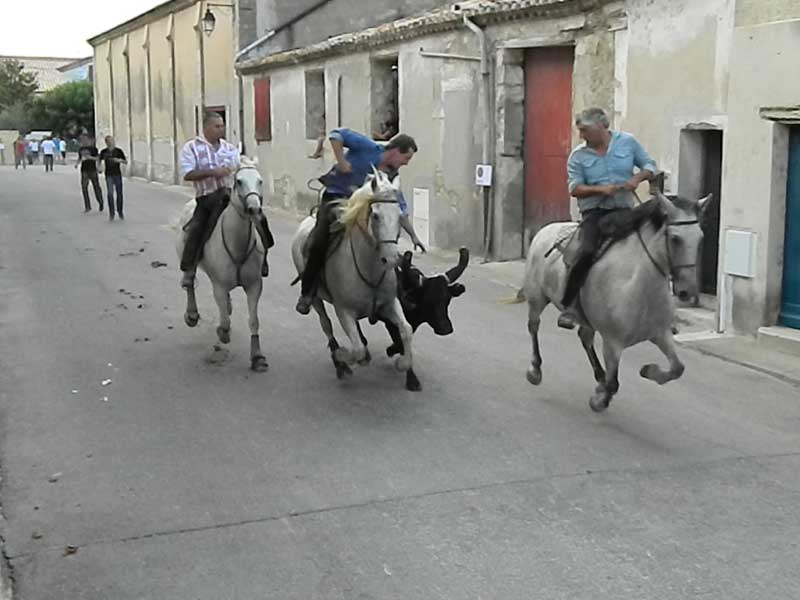 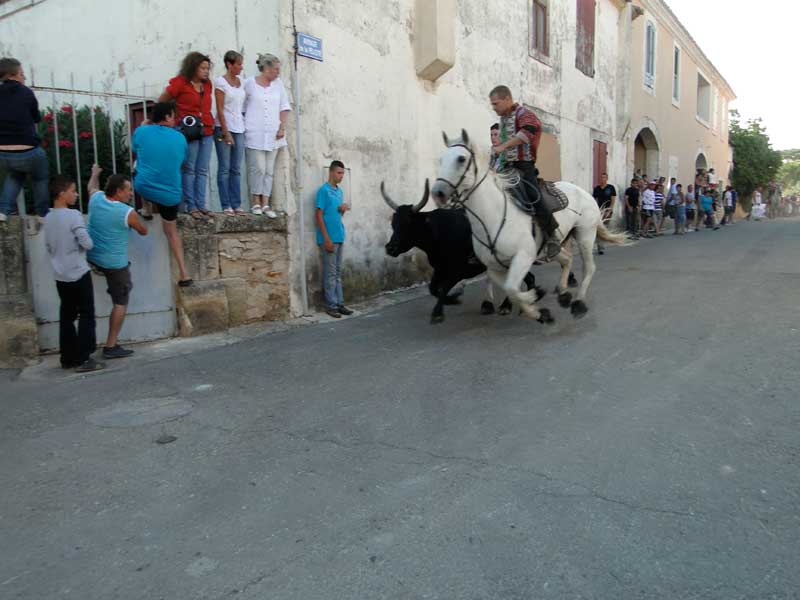 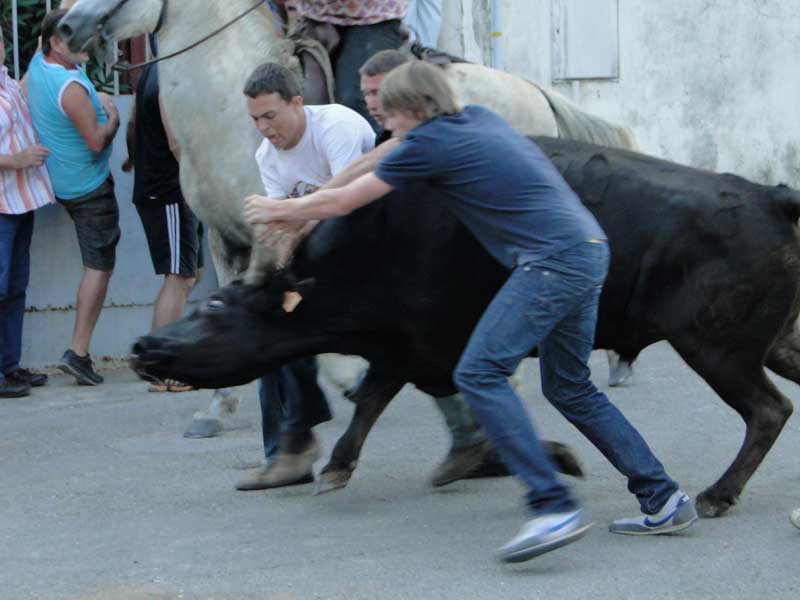 The Camargue...mythical or mystical land ? 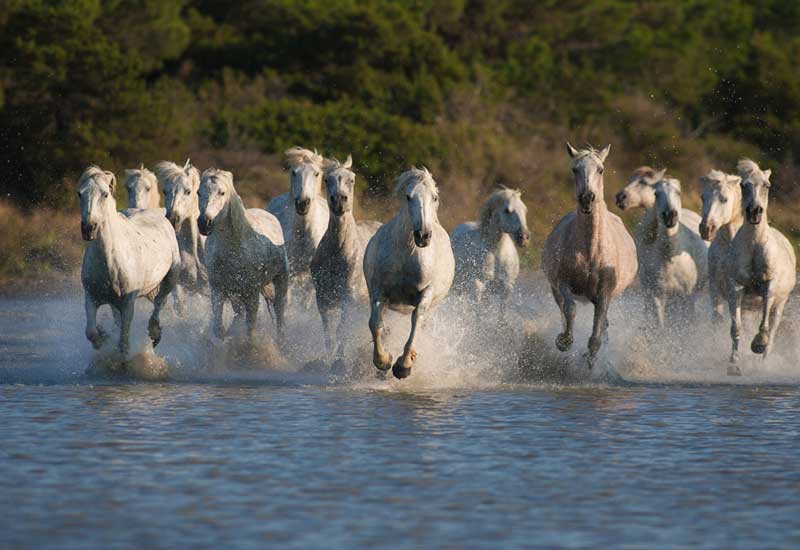 Romans were the first to mentioned the Camargue horses in their writings. .. However it is quite possible that the wild hordes coming from distant eastern lands settled down in the Camargue before. If nowadays, there are no more wild herds, we can still see the horses cavorting freely.

The bull is another iconic animal of the Camargue Culture . Since antiquity, they are dark breed cattles in the Camargue. Today the bull is not just part of this environment, it’s also the symbol of its character, as well as its soul. The bull is matured in manade in freedom, it is part of all local celebrations. “Abrivado”, “bandido”, course Camarguaise. encierros, ferrades. jeux taurins. Even without being amateur, a festive spirit awaits you throughout the summer season.